Far-UK Ltd is pleased to have participated in the Innovate UK research programme RoboMade, Digitally Enabled Ultrasonic Assisted Robotic Machining, which has now reached its conclusion after running for thirty months. The company has gained valuable learning from the research surrounding the use of robotics for the highly accurate machining of composites, and plans to integrate this into its future projects. 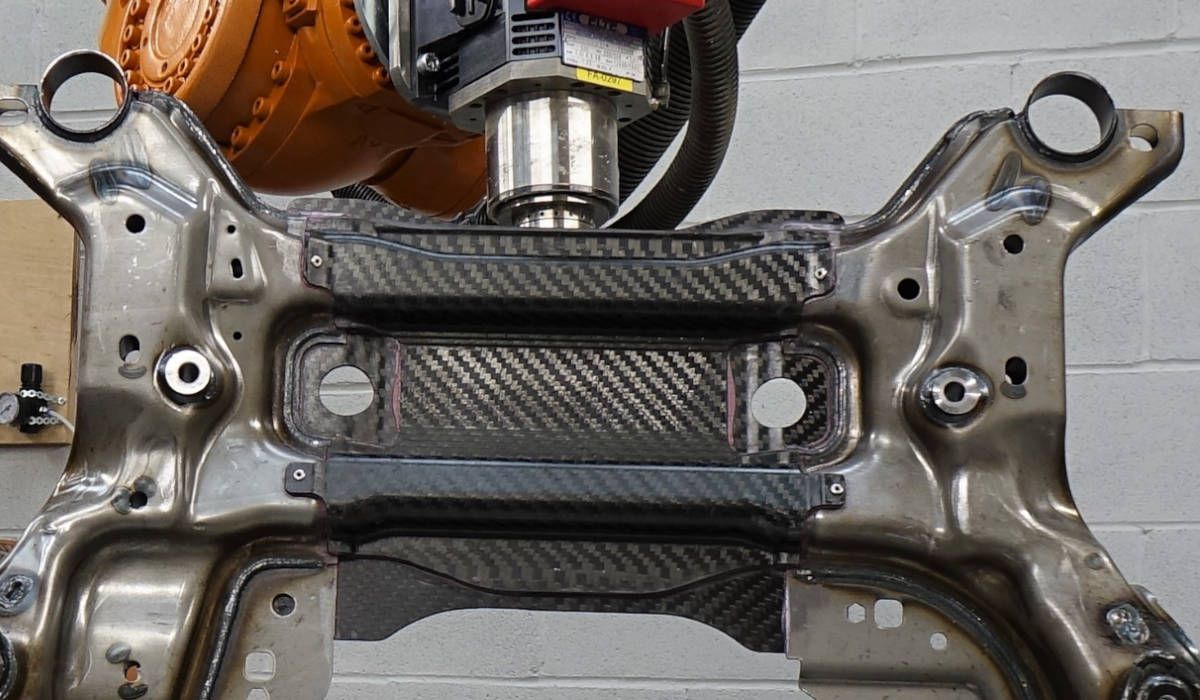 Kevin Lindsey, Co-Director at Far-UK, comments "We recognise the importance of robots in manufacturing, especially where composites are concerned. That's why we have invested in multiple robots, and we are already using them in further R&D projects as well as in some commercial applications for automated manufacture".

Composite materials offer the combination of being lightweight with exceptional mechanical performance, so they are well suited to replace traditional materials like metals in applications such as aircraft and automotive substructures. But the processing techniques used for metals do not often transfer well to composites, making manufacture impractical and expensive.

The use of robots as an alternative manufacturing solution to traditional machining techniques could make the use of composites a commercially viable option in more applications. However, although robots are highly effective at repetitive processes, they are often not accurate enough to create precision parts, and this is what the project was designed to address.

The consortium drew on its combined skills and expertise in robotics, advanced machining and automation to develop a novel hybrid ultrasonic assisted robotic machining system that would be capable of producing parts with precision-drilled holes from composites. This has the potential to deliver significant capital and operational cost savings in the manufacture of composite components.

During the project, several methods that could improve the accuracy of the movement and positioning of the robot arm were explored and developed. These included high precision encoders, a Digital Twin System and a scanning system on the side of the robot.

Far-UK’s role in the project was to act as an end user by demonstrating drilling on an automotive front subframe which contained a composite component. Drilling strong materials like composites with a standard spindle can require forces so great that the robot can actually be pushed off its path, so an ultrasonic drill tip was used to reduce the forces needed. The outcome was successful, and the holes were drilled with high precision using a Kuka robot.

Mark Lidgett, Engineering manager from Far-UK, explains, “During the project we have developed a much better knowledge of robotics capabilities, and we have massively upskilled in this area. We’ve also developed useful relationships with several robotics partners in the process”.

Find out more about what we do...